Myanmar, Republic of the Union of: Interview with H.E. Phyo Min Thein
All Interviews

2018-02-26
Click here for more Interviews In Myanmar, Republic of the Union of 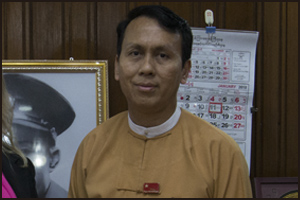 In its last assessment, the International Monetary Fund has lowered its forecast of Myanmar’s GDP growth from 7% to 6.7% in 2017. What are your top priority reforms to facilitate doing business in Yangon?

The first priority is to educate the people leading Small and Medium Enterprises (SME) in terms of business and to put at their disposal the required resources to successfully develop and grow their companies. Along with education, access to financial resources and credit is the priority for economic development. The government is emphasizing its efforts to support SMEs and facilitate their relationships with investors for them to take advantage of more business opportunities. Today, only those who belong to big organizations are connecting with foreign investors, leaving most SMEs out of the out of the loop, and that is why we want to guide them and educate them in how to reach foreign investment.

In the 12 point-economic plan designed by the NLD government in 2015, you included policies to promote Small and Medium Size enterprises. Could you please elaborate on the policies of the Yangon Regional Government to develop SMEs?

This government aims to provide them with financial resources and to facilitate their access to credit, which is probably the main handicap today that is slowing the growth of SMEs. This is the first priority for the immediate future. We want to grant access to credit as well as to create a new division in the administration to work with companies and assist them whenever they require guidance. The second point is education; we need to lead these companies in terms of business development and show them how to put in practice a viable business plan. For this reason, we have decided to create an education plan for the SMEs sector.

At this moment, the main Special Economic Zone in Myanmar is the Thilawa SEZ in Yangon Region and its success has exceeded expectations. There is going to be a phase two of the development of this SEZ through which we aim to attract even more foreign investment as well as to enhance the import-export trade of our companies.

As a government, in order to increase visits to Myanmar and to raise foreign investment, we are creating a whole new regulation that will encourage doing business in the country. On one hand, we have already enacted the Investment Law, an updated regulation that establishes a clear and favorable framework for all investors, regardless if they are local or foreigner. The second measure is another major change in the legislation - the Companies Law - that has already been passed in the parliament and will take effect in August this year. The outcome of these changes is that in the near future it is going to be easier for international business people to come and invest in Myanmar.

Another factor is the price of the land; in the past it used to be extremely high and volatile, however, today it is more affordable and stable. Our idea is to make the land price affordable for the general public, thus facilitating doing business among the population. This factor also would promote the development of the Special Economic Zones and industry.

The new legislation also aims to solve the problem of financing. The Myanmar Central Bank will facilitate one-year loans to the SMEs with a very low interest rate for them to start economic activity and help them to survive during this very decisive period. The Japan International Cooperation Agency (JICA) is collaborating with us in this project.


There has been an important presence of Myanmar in the international media due to the conflict in Rakhine State, what is the situation in that region?

Everyone that comes to Myanmar can see that there is not conflict among the population and that the negative perception relative to Rakhine State is based on rumors. The image that is being projected in the international media about Myanmar is not accurate and it damages the country. There is indeed some violence between some religious groups and the Myanmar authorities inspired by several direct attacks on the police, however the image being projected is that those who carried out the attacks are the victims. It is a wrong perception that we need to correct.

Concretely in Rakhine State, there is a group of Muslim immigrants originally from Bangladesh that, after their arrival in Myanmar territory, wanted to be transferred from that area to different cities. After their attacks on the police, they began to spread rumors about violence that are undermining the image of our country.


The negative perception about Myanmar among the international business community may damage the rate of investment in the country. How could you explain to a businessperson that Myanmar is the right place to do business?

The US Chamber of Commerce recently visited Myanmar and they saw that the image projected today about the country is not real and is based on rumors. In addition, Pope Francis, who is aware of the conflict between religions, was here and got to know the reality of the country firsthand. Therefore, we hope that, step by step, the international audience will understand that the reality is not like what is being presented in many cases.


How can Myanmar and the international business community work together to rebuild confidence in the country?

The base of the economic and social development has to be private enterprise. In order to encourage business, foreign investment is crucial, and we want it to come from different regions; ASEAN, the European Union, China, Japan, South Korea and the United States. Infrastructure is another major factor for progress and Myanmar needs to undertake great efforts in this field. Given our geographical location, the Asian countries, mainly China, Japan and South Korea, are really interested in providing us support and services related to infrastructure development.


The negative perception has especially been spread among the Western countries. How can you improve your relations with them?

The local media outlets in Myanmar do not meet the standards of the international ones, so the real information is not going all its way to the Western countries and the misperception is generalized. From the government, the only thing that we can do is to invite them here to see the real situation with their own eyes and to provide them the right information. Myanmar is still growing as a democracy, and despite the system still being weak, we work to improve every day and to establish democratic standards in terms of social and civil rights.

The NLD is entering its third year in office. What are the main achievements of the government to date?

The first achievement is that, thanks to Daw Aung San Suu Kyi, after 50 years of military government Myanmar has become a democratic country that respects human rights and works for peace all over the country. The second issue is the emphasis on education that this government is pursuing. Myanmar needs to be educated to improve and reach higher standards of development. Today, Daw Aung San Suu Kyi is facing the rumors of the conflict in Rakhine State, but she has fought all her life for freedom, democracy and civil rights, and this isolated case will not damage her leadership in these fields.


Minister, you have been fighting your whole life to bring democracy and progress to Myanmar. Now that you are in charge of the Yangon Region, what is the legacy that you want to leave for your people?

There are three things that I am working to leave as a legacy for the people of Myanmar: to settle a system that ensures freedom and human rights, to develop a proper education system in Myanmar and to reduce poverty through promoting a private sector able to bring investment to the country.